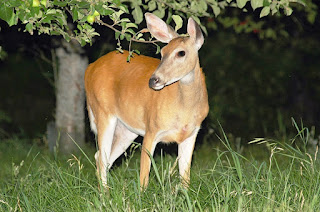 As the 4th of July is approaching, it means  that deer season in America is right around the corner.  The daylight will decrease from now on as the summer solstice has come and gone.  The NFL will begin their camps by late July, so this is indeed the time to begin thinking about the upcoming fall hunting season.

One of those components is to begin being active in your hunting area.  This is a great time to cut those shooting lanes and walking trails. Put some trail cams up and set a feeder or two.  Hinge cut some trees to create travel corridors to funnel the deer where you want them to go and supply some excellent bedding cover for them. 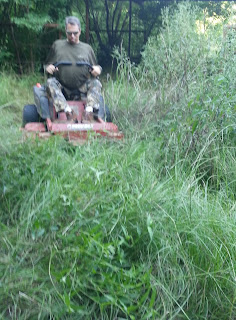 It's important to begin making a little noise now.  All too often, hunters wait until just before season to begin doing this stuff. The disturbance can drive the deer to move nocturnally and avoid the hunting area.  I am a firm believer in making the deer comfortable with your presence, your noise and your scent now.  This way when the fall arrives, they have grown accustomed to you and won't freak out when you show up October 1st.

Every time we have cut a walking trail in at this time of the year, within a week, the deer begin using it as a highway.  Tracks can be found all over it, and is a great spot to put a trail cam.

This is also prime time to place new stands and pop-up blinds.  Placing them now will give the deer a few months to grow acquainted and comfortable with a new object in their environment.

One awesome tip I picked up, is to spray non-estrus doe urine around new objects that you are placing in the hunting area.  This causes deer to relax.  The smell of other deer has a calming affect on them.

A word of warning, all of this activity needs to balanced with not making too great an impact on the area.  One season, in my favorite property, the hay was standing about three and a half feet tall.  It was brutal trying to get through it.  We made the mistake of cutting the entire field.

Shortly after we had it cut, the rains stopped coming in and we hit the late summer dry period. The hay never recovered and grew back to only a height of about six inches. 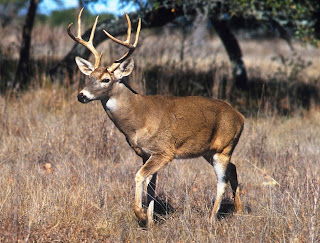 Before we cut it, you could see walking lanes through the deep grass where deer had been moving through.  Afterward, it was a desert.  We had made a critical error.  Cutting a lane would've been great and leaving the rest wild and wiry.  We had cut there cover.  The deer did not like this at all and were only seen inside the tree line that season.

So balance your efforts and make calculated changes that benefit both you and the herd you are hunting.  I have found some of these times to be just as much fun as doing the hunting itself. There is just nothing like prepping, working hard and then seeing your work pay dividends later.
Posted by Handicapped Outdoors at 1:41:00 PM
Email ThisBlogThis!Share to TwitterShare to FacebookShare to Pinterest